" The Shiva Purana has twenty-four thousand shlokas. These are divided into six samhitas or sections."
The names of the sectiosn are -
1 - Jnana Samhita,
2 - Vidyeshvara Samhit,
3 - Kailasa Samhita,
4 - Sanatkumar Samhita,
5 - Vayaviya Samhita and
6 - Dharma Samhit.

Each samhita is further subdivided into chapters (Adhyaya).

Posted by SAMBHU at Monday, April 25, 2011 No comments: Links to this post 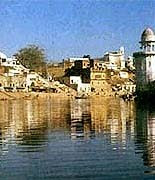 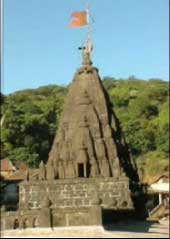 Haridwar - Gateway to the Gods 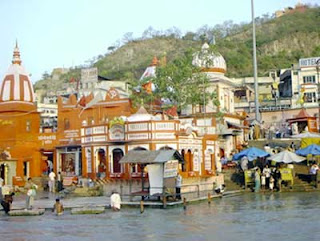 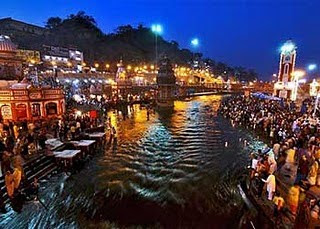 Posted by SAMBHU at Sunday, April 24, 2011 No comments: Links to this post 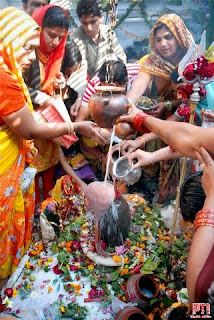 
Neelkanth Mahadeva Temple is one of the most revered holy shrines of the Hindus. Neelkanth Mahadev Temple is dedicated to Lord Shiva, who is believed to be a complex God of the Hindu pantheon. The establishment of this temple has a legend behind it. According to the mythological stories, Lord Shiva drank the poison that appeared from the 'Sagar Manthan' (churning of ocean). On drinking the poison, his throat turned blue and from that time onwards, Lord Shiva came to be known as 'Neelkantha' (One having blue throat). The way to this shrine is quite a thrilling one. The main shrine of the temple comprises a Shiva lingam (phallic form of Lord Shiva). The spiritual aura of the temple creates a devotional feeling in the hearts of people. People make an offering of coconut, flowers, milk, honey, fruits and water to the Lord. Subsequently, devotees get 'Parshad' of vibhuti, chandan and other things from the shrine. This temple celebrates two festivals that held annually on the occasion of Shivratri (Feb-Mar) and Shivratri of Shravan (July-Aug). At that time, the temple is thronged by thousands of pilgrims. This place is also loved by tourists for its picturesque beauty. Neelkanth Temple is a holy place that provides a celestial affection to the people, who visit the shrine with a devoted heart.
Posted by SAMBHU at Sunday, April 24, 2011 No comments: Links to this post 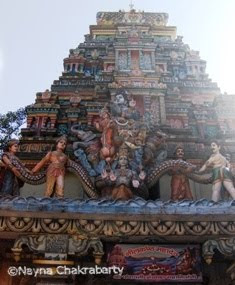 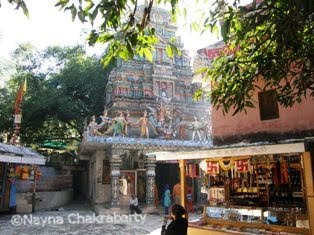 Posted by SAMBHU at Thursday, April 21, 2011 No comments: Links to this post